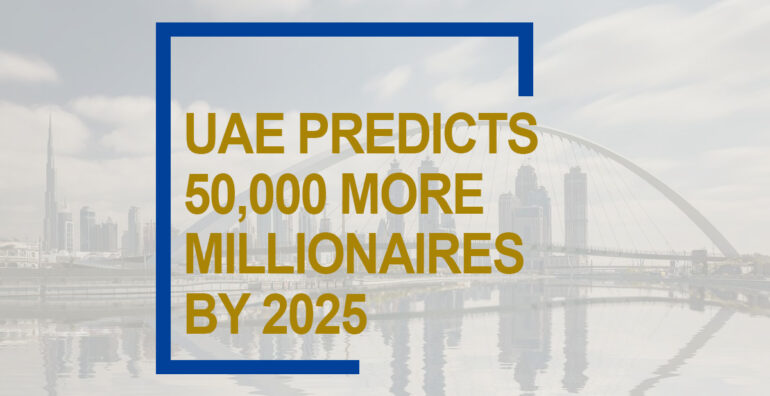 The latest data from Knight Frank’s Wealth Report 2021 projects up to 22% increase of new millionaires with a wealth of more than $1 Million.

For Knight Frank Middle East’s Head of Research Taimur Khan, this is due to two factors: the restoration of economic growth in the region which will eventually give birth to homegrown millionaires and the expected net migration which consists of a significant number of HNWIs and UHNWIs.

In addition, the report forecasts the source of this growth from the transport, IT services, and consumer service sectors in the country.

Khan noted how the pandemic affected the fortunes of many across the Middle East. “Middle Eastern HNWIs and UHNWIs were not spared, with each decreasing by 11.3% and 10.1% respectively in 2020. In contrast, Saudi Arabia’s number of UHWIs increased by 9.6%,” he said.

Worldwide, the number of UHWIs is predicted to increase by 27% by the next five years, while millionaires with total assets of more than $1Million will have a 41% rise from 2020 to 2025.

Asia is predicted to have the most growth by 39%, because of Indonesia (67%) and India (63%). Middle East will retain its place as the fourth largest wealth hub in the world.

previous
Business Setup
next
7 Accelerators to grow the F&B sector in the UAE showcased by DP World, UAE Region, and Jafza